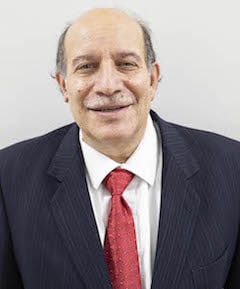 Originally from Brooklyn, NY, Neil has resided in Jacksonville, Florida for the last 38 years. His loyalty to Jacksonville is clear as he has been a Jaguar season ticket holder since their inception. Every home game Neil is cheering them on.

While working and running his own Pest Control business, for 15 years, he decided to become a lawyer and attended Florida Coastal School of Law. He served as an editor of the school’s Law Review and received awards for excellence in Contract Law, Bankruptcy and Antitrust Law. While practicing law he also worked as an adjunct professor teaching paralegal students at Jones College in Jacksonville, Florida from 2012-2016.

Neil managed a successful family and criminal law practice in Jacksonville for 15 years before joining the Law Office of David M. Goldman. Neil is a member of the Florida Bar and licensed to practice in all Florida State Courts. He is admitted to the Federal Middle District of Florida and the United States Court of Appeals for the 11th Circuit.

Neil successfully defended the rights and freedom of people illegally incarcerated as a result of an appeal involving child support litigation with the Florida Dept. of Revenue: Sencoa Crawford v. Department of Revenue, 219 So. 3d 224 (1st DCA 2017).

Unfortunately, like what he practices, he too has experienced divorce. This helps him relate to his clients.

Outside of work Neil enjoys taking long walks and talking to many people.

Get your Free Book
Client Reviews
★★★★★
"As a real estate agent, I have been involved with many property transactions where I needed a probate attorney to help facilitate the transaction. I have used the services of Mr. Goldman and his staff over the last several years and continue to use them on a regular basis. His office has been able to navigate the court system and help estates sell their property quickly and efficiently..." Michael Starling
★★★★★
"I've had Mr. Goldman do my entire estate planning as well as my gun trust. I highly recommend him and his firm. If you're planning a gun trust, trust no one else Mr. Goldman is one of if not the best versed on this topic." Howard
★★★★★
“Great service is an understatement. We bought several properties that Mr. Goldman handled for his clients. The communication and explanation of everything was terrific. I would definitely recommend him for all of your real estate needs.” Kassandra
★★★★★
“After struggling with 2 probate cases prior to hiring attorney Goldman I was extremely apprehensive during the hiring phase. Not only did Attorney Goldman assure me they could take care of this his office was wonderful. Jennifer was assigned to my case and she was wonderful and were able to guide another probate case I had saving me additional time and frustration. Highly recommend this office.” Debbie
View More
Submit a Law Firm Client Review